Avant-Garde Marketing Solutions’ mission is to empower businesses to succeed by sharing our proven innovative ideas, latest in technology, as well as maximizing the use of social media and cloud-based systems to enrich virtually every aspect of your business.

We have been successfully challenging the antiquated methodology of the payment processing industry since 2003 with revolutionary ideas, groundbreaking marketing concepts, and an entirely fresh perspective bringing a complete reversal in fundamental philosophy of how business owners are treated and represented.

In August of 2020, Avant-Garde Marketing Solutions decided to lift-and-shift its on-premise file storage to a solution hosted on the AWS cloud. The company had two separate file storage solutions; one located on a Windows system and a second using a Mac Mini mounted on an external NAS storage system. The two data stores were used for accounting data, email backups, user files, phone records, and other general backup files; and also to share files across the company. Avant-Garde wanted to move its infrastructure to the cloud as it no longer wanted to manage, maintain, or refresh on-premise servers in its offices.

Lacking the necessary technical expertise to handle the lift-and-shift internally, the Avant-Garde team decided to search for companies who could assist them with the migration and found TrackIt through a recommendation.

“Before finding TrackIt, we had talked to other companies for this migration. Not only were they unable to get us a price for almost a month or two, but they also weren’t knowledgeable. You could see that they were just trying to play the middleman. With TrackIt, we felt like you guys just seemed to know what you were doing right from the first call.” 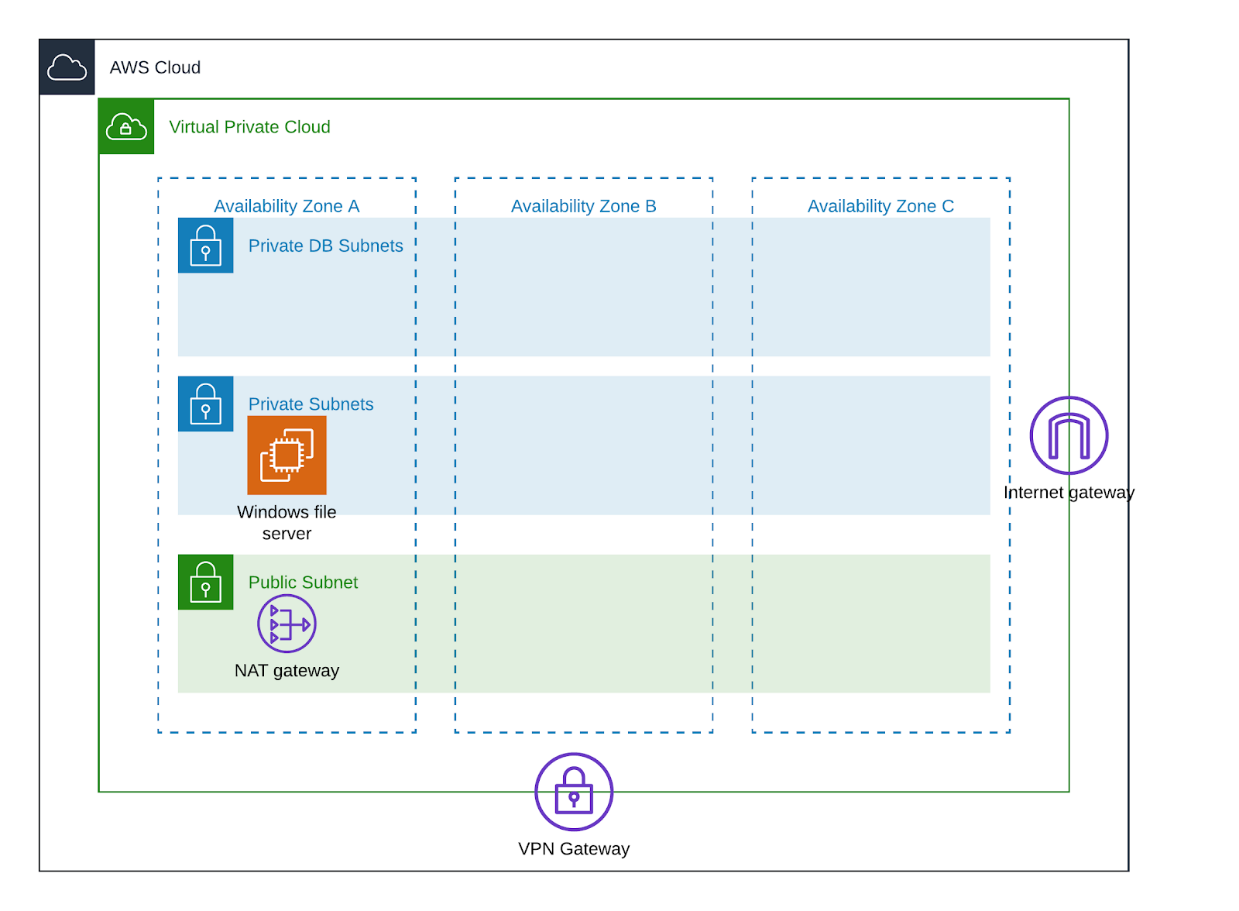 To implement this lift-and-shift, on TrackIt’s recommendation the teams decided to leverage CloudEndure Migration, AWS’s highly-automated lift-and-shift solution that simplifies, expedites, and reduces the cost of cloud migration. CloudEndure Migration conducts a continuous, block-level data replication of source machines into a staging area in a user’s AWS account without causing any downtime or impacting performance.

The teams decided to migrate both file systems (the original Windows system and the Mac Mini + NAS) to a Windows 2008 Server running on AWS. Windows 2008 was chosen, even though it is a legacy operating system, because of other processes running on the system with Windows 2008 dependencies. The process of migrating the Windows files using CloudEndure was quite simple and straightforward. All the TrackIt team had to do was set up Virtual Private Clouds (VPC) on AWS using Terraform, then install the CloudEndure agent on-premise, and the rest of the migration process was handled by CloudEndure.TrackIt is a heavy user of Terraform, a tool to programmatically automate cloud deployments.

However, the process of migrating the Mac Mini files to the Windows 2008 Server running on AWS turned out not to be so straightforward. The teams discovered that that many files hosted on the Mac Mini contained file names with characters illegal on Windows filesystems. To address this issue, the TrackIt team wrote a script to rename all the Mac files and make them Windows file system compliant. The renaming of the files also required making sure that (the accounting department in particular of) Avant-Garde was comfortable with the new files naming syntax being used.

The renamed Mac Mini files were then uploaded to a transitory S3 bucket that would sync the Mac Mini’s data with an Amazon EBS (Elastic Block Storage) volume.

TrackIt’s work with Avant-Garde highlights the TrackIt team’s expertise in implementing migrations from on-premise to AWS.

The Avant-Garde team was extremely pleased with the way TrackIt’s expertise in handling the migration and was particularly impressed with the quality of communication that was maintained during the process.

“I think the factor of communication was huge. I really liked that we had weekly meetings. And even though these meetings weren’t long at all, they allowed us to get on the same page all throughout the process, and that was great. We felt like we were always part of the process, and it made us feel very comfortable.”

Migrate multiple storage silos, both Windows and Apple based, from on-prem to the AWS cloud

Successful migration from on-premise to AWS