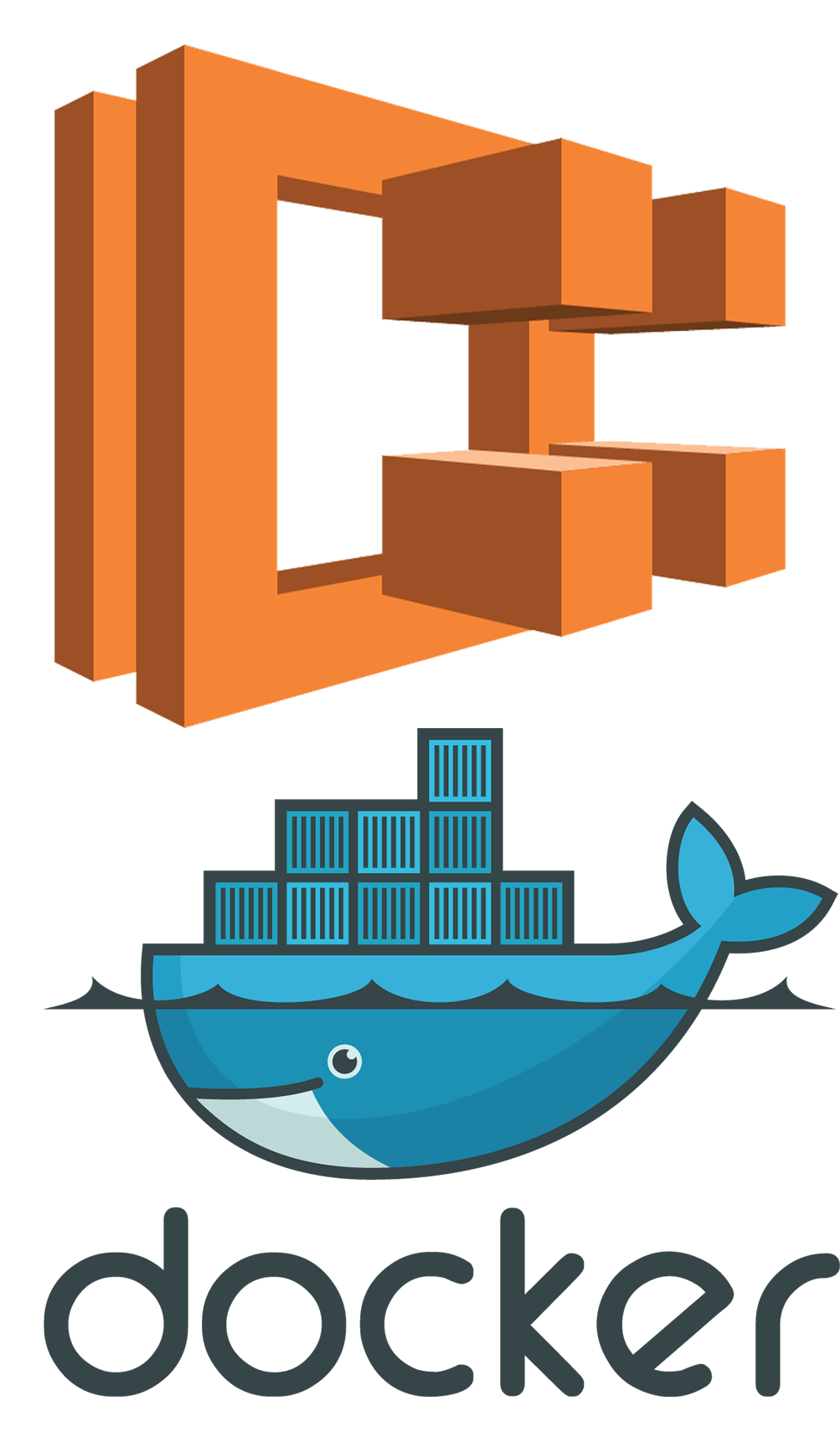 AWS ECS allows you to run and manage Docker containers on clusters of AWS EC2 instances. This is done using task definition files: JSON files holding data describing the containers needed to run a service. It is the AWS equivalent of your everyday docker-compose file.

What we want today is to automate the deployment of docker-compose services on AWS, by translating a docker-compose YAML file into an AWS ECS task definition file, and subsequently deploying it along with an AWS Elastic Load Balancer and perhaps an AWS Route53 DNS entry.

In order to achieve this we will be using Python 3 with Amazon‘s Boto3 library. We will see various snippets showing how to achieve this. A complete, working script can be found on our GitHub account.

For the length of this tutorial it will be assumed that you have Docker, Python (2.7 will do) and Boto 3 installed. You should also have the AWS CLI installed and configured, though it is optional.

It will also be assumed that you have a VPC with at least two subnetworks, an internet gateway and working route tables.

Before to start, let’s have an overview of what we are going to build today: 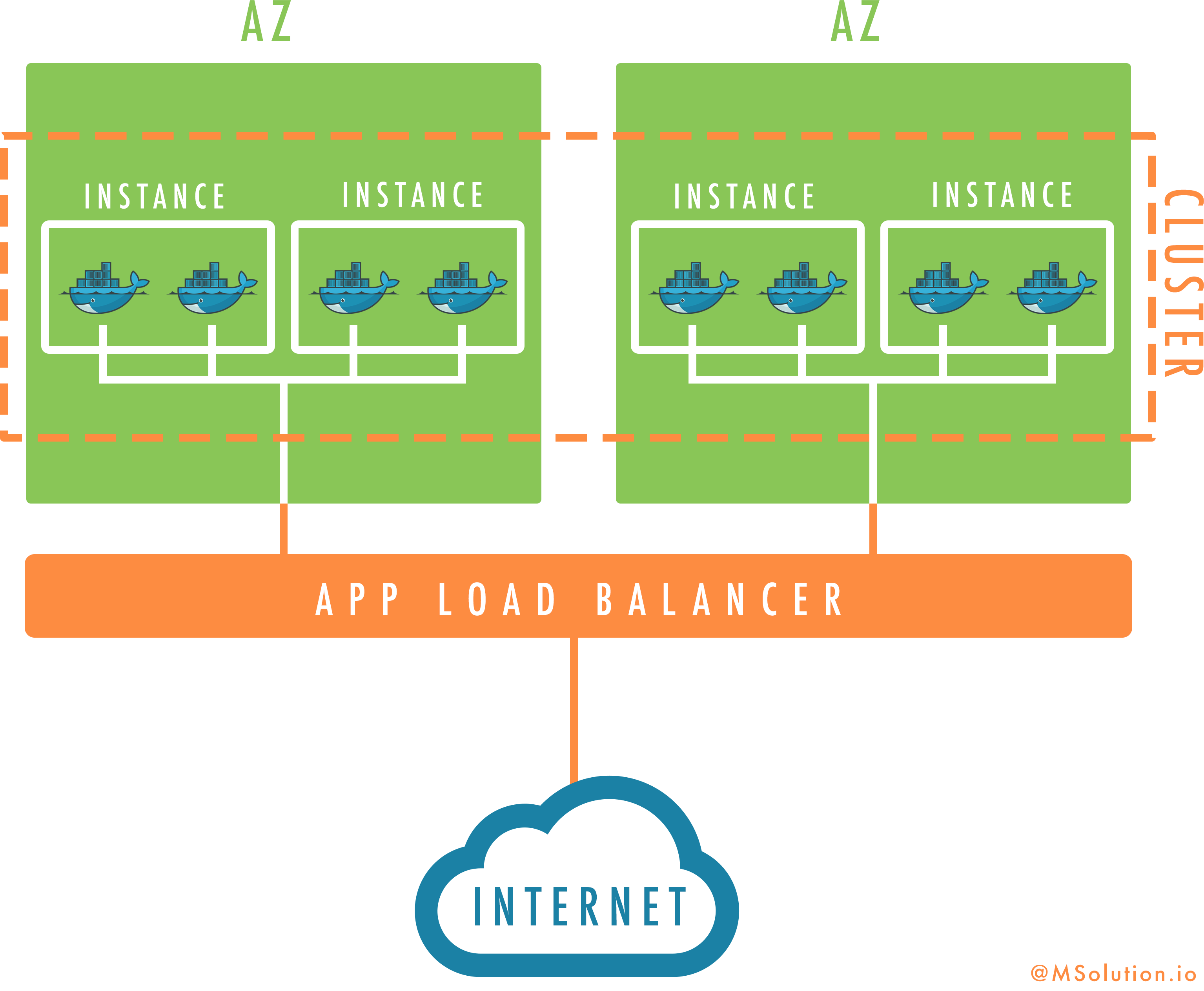 AWS‘ and Docker‘s ways of specifying composed services are different and incompatible. As such we must translate our docker-compose file into a task definition. To do this we will use Micah Hausler‘s container-transform utility. There exists a Docker container for his project which allows us to very simply run the following:

As you can see most properties you usually define in a docker-compose file have their counterpart in the task definition format.

Now this is trivial to automate using Python 3:

We will use the return value of this function in order to deploy our service later on.

Setting up the ECS cluster

In order to use our freshly made task definition we must first register it on AWS ECS.

To use the AWS API we will use the Boto 3 SDK. This library implements for us all of the intricacies of using the AWS API such as exponential back-off and Version 4 signatures. To function, it must have access to a minimal set of configurations: your access key ID, your secret access key and preferred region. If the AWS CLI already works in your environment, you’re already set. Otherwise, you can either install the AWS CLI and run aws configure, or set the AWS_ACCESS_KEY_ID, AWS_SECRET_ACCESS_KEY and AWS_DEFAULT_REGION environment variables.

With your environment ready, you can now use Boto. The first step is to instanciate a boto3.client object, using its constructor. Only then can you use the service’s API. This is illustrated by the following snippet, which defines a function to register your ECS task definition to AWS.

Using this function we can order AWS to create an ECS cluster your instances will join and your tasks will run on.

So now that we have registered the task definition and created an Elastic Load Balancer we want to define the AWS ECS cluster our instances will later participate in. Once again, the ECS client defines a function we can use.

Nothing fancy here, and this is the only parameter this function will accept anyway.

Once again, Elastic Load Balancers are fairly simple to create. One must be aware, though, that two versions of ELB exist at this time. Only the second version will suit our needs, so we will use the 'elbv2' Boto client.

Right now our cluster does exist, a load balancer is ready, but we do not yet have any instances to run our service on. Let’s change that! Using EC2 instances for your cluster requires that the ECS agent be installed and running on each of them; you can either use Amazon‘s ECS optimized AMI, or you can follow their guide on how to install it. For the sake of simplicity, we will use the pre-made AMI; feel free to make your own AMI, though. At the time of this writing, these are the AMIs you should use, depending on your region. The original table can be found here.

Once those roles and profiles are created, we can start the instances, as shown in the following snippet.

It is necessary to provide the cluster name in the instance’s user data so they can now which cluster to connect to. Were it not provided, a default cluster would be created for you.

At that point our cluster would be able to accept any service we’d assign to it. Now onto the service! Right before we start our services, we will need to create a target group. Target groups are used by Application Load Balancers to store all of the nodes they balance, including individual ports. AWS ECS will be able to populate this group with the ports of our tasks; the load balancer will then forward traffic to them.

As we showed using the previous snippets, Boto 3 is very apt at automating any part of your infrastructure, and we have all the tools necessary to go from a single docker-compose file to a full-fledged deployment. You can find an example implementation of those snippets on our GitHub page. If you do use this example, do not forget to set the CONFIG dictionnary depending on your needs.